On April 6th, our first annual meeting without delegates was held at the Laulima House in Honolulu.  The Diamond Head-Koko Head Branch acted as hosts.  During lunch, guest speaker Kathy Hanson shared her experiences at NCCWSL last June.  In an afternoon session, Erica Johnson led a discussion about the results of a recent survey to determine our topics of focus for the next two years.  The three most popular topics were determined to be:  Pay Equity, STEMS, and Addressing Violence Against Women and Girls.  Our leadership session was presented by Janet Morse and Kathleen Cha, AAUW Director at Large. 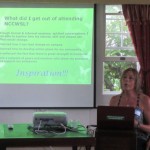 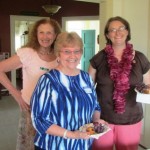 the gender pay gap by state